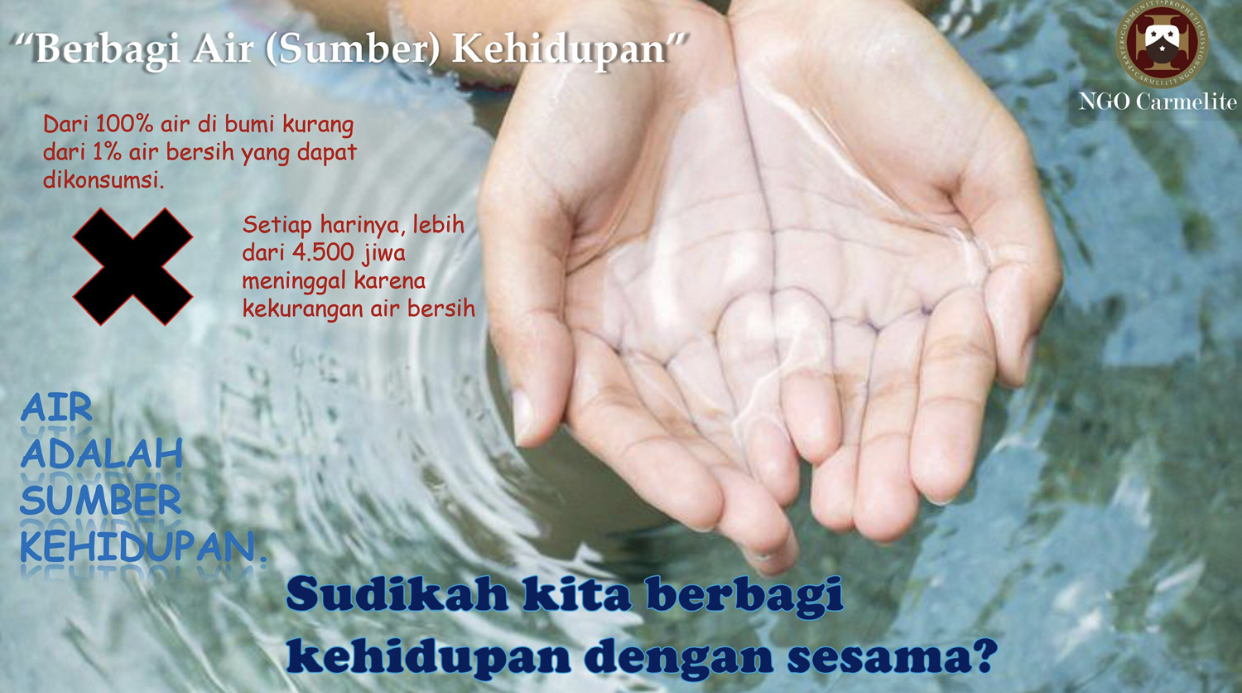 On September 1 – October 4 Perkumpulan Darma Laksana together with the Carmelite students celebrated the Season of Creation by having several activities to raise the students’ awareness on the problem faced by the Mother Earth. The celebration was started with a walk from Titus Brandsma Carmelite Formation House to the House of Mercy. Upon arriving at the House of Mercy they joined the evening prayer which was continued with a reflection on the creation of the Lord. After having dinner, they had a presentation on the theme of Season of Creation and had a discussion. In the morning they had outdoor meditation on the nature. It was followed by group discussion in which they talked about their plan of environmental campaign. The opening program was ended with a Eucharistic celebration. Every day during the season, they reflected the sub themes which had been prepared by the Forum of Asian Bishop Conference (FABC). On September 22, 2020 the students had a webinar in which they listened to a lecture given by Fr. Eduardo Agosta Scarel O. Carm. on how to sustain our Mother Earth. Finally, on October 3, 2020 they had the closing of the celebration. After having a Eucharistic celebration they joined in adoration in which they contemplated the God’s grace reflected in the nature.